Former antagonist that pilots the Ovid Teneritas. He is the youngest of the three and the least experienced. He has a fetish for maid outfits and looks very good in it (even though he looks like a pretty girl). In Season 2, he is now working at Hiroshi's new beach cafe as a waiter (in maid cosplay) after Villagulio's second skirmish. And yes, he's the guy from the YouTube video in which another man gropes his rear. 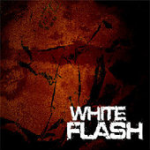 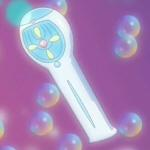